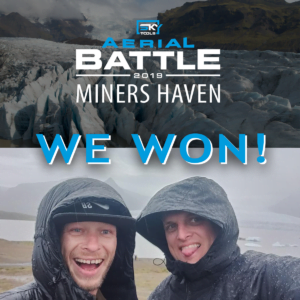 Cineshoots was chosen by Skytools, out of 56 professional drone teams, to Aerial battle against one other remaining drone team. The battle with the last 6 standing teams was a pitch; we had to make a catching storyboard for a short film, shot with the use of drones on Iceland. After this pitch we were selected and the final battle against the other drone team started; filming with drones for 5 days on Iceland! The jury unanimously tamed our docu by drone and won the aerial battle 2019!

A new concept: ‘DOCU by Drone’

Our storyboard was about a new version of storytelling in documentaries. With mostly drone footage we show the story behind the subject of the documentary. ‘DOCU by Drone’ is a new concept by Matthijs van der Velden & Tim van Vliet (Cineshoots).

In our first ‘DOCU by Drone’ video, Tygo Gernandt (narrator) takes you on a journey through Iceland. He tells about a new phenomenon, bitcoin mining on Iceland. We ask Genesis mining why they moved their data centers to Iceland. We also ask Tomas Gudbjartsson (Heart surgeon & Environmentalist) what he thinks about this new industry that discovered Iceland.

In this first ‘DOCU by Drone’ we show that drone footage is perfect for these kind of documentaries. The viewer can focus on the story, while watching spectacular drone footage about the subject!

I find the convincing winner Miners Haven because there is good thought about a journalistic approach and something more has gone into an Icelandic “problem.” Flugdeki remains very much on the surface and does not really touch me.

Of course also compliments to Skytools for the initiative. It is quite something to organize a competition, not only in terms of providing financial resources and equipment, but also in terms of time and involvement of your own people and third parties: the preparation, promotion, the entire assessment process, and of course arranging the battle itself . I think that the winning video would certainly do well on an international stage.

For me there is a clear winner: Cineshoots. Both in terms of storyline and visuals, sound design and editing, this film stands out positively from that of Drone moments.

Cineshoots is just that much better for me. This is mainly due to the tension of the storyline. In terms of film work, I think both films are well executed. In terms of drone work too. But in terms of post-production, I think Cineshoots is the strongest of the two.

Both videos are great. Amazing what you can achieve in so little time, but so much talent. Really Amazing. Cineshoots in the end makes the race! 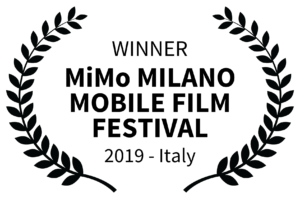 SPECIAL THANKS
The elves, trolls and the Icelandic people for their hospitality